Yesterday in school, there was a little practice- a ‘dress rehearsal’ was what the teachers called it- of what would happen about seven months from now. Yes… result’s day. After those grueling two weeks of torture known as exams, and a Christmas holiday that was more of a I’m-so-nervous-I’m-gonna-wet my-pants holiday, we finally got our results for our mock exams. I have to say, I was pleased with what I got. All As and A*s except for one grade… English. English language. The exam I thought I pretty much aced it. I didn’t even get a B for it. My grade dropped straight down to a C, which is still good, but it’s three grades below my target grade and, most importantly, my English teacher’s going to give me a hard time about it. Still, it doesn’t bother me that much.

There were an assortment of grades with a mixture of tears of relief and tears or disappointment yesterday and today. People were eagerly asking each other what they got and showing off their amazing grades. Others were in tears, talking to teachers. Like an good teacher, they encouraged then not to give up and to change those grades by the time summer comes. One of my friends told me today that she hated it when people who were smarter than her said their grades and asked what she got. I agreed with her- it’s not fair at all. It’s embarrassing. Which was why I pretty much stayed quiet about my grade only speaking of my English Language grade and only really asking the people in my English class what they got for that. And, like the ‘ever so modest person I am’ when other asked me about my grades, I said them, smiled and kind of looked down. and whispered a thank you when they congratulated me. It’s like I’m torn between being modest and not seeming stuck up. It’s kind of complicated, I can’t really explain it.

I’m sure the buzz about exams won’t die down any soon. Though now that we’ve got our mock results GCSE results’ day style, the tension is building and the pressure is even more suffocating. I’m glad that for a lot of my subject, there’s no coursework, and for the coursework I do have, it’s controlled conditions so I don’t need to work on it at home and in my free time. Nevertheless, there’s still a lot I need to do. I need to start thinking about resits for my music since I’ve got a string of Bs hanging round my neck and it’s only my final exam that can push it to an A. I would redo them, if I wasn’t nervous as hell… and if I hadn’t lost the pieces… That wasn’t very wise of me…

And then there’s English to worry about. I have no idea how I got the grade I did. I tried to pin it on my writing, but I got an A in Literature so I’m not quite sure. It’s horrible to not be good at English Language, because there isn’t really a clear way to up your score. If it’s something like science of maths, you can do quick questions or just look up… I don’t know… limestone on BBC Bitesize.

At the moment, I’m really thinking of strategies to help me revise, but I never look at notes and I get board of cue cards. I tried to make a game on Stencyl, a PowerPoint Presentation, a board game, but nothing seems to fit me. Only test papers seem to work and there are a limited number of test papers out there. There will come a time when the pressure will be too much and I have virtually no time left and I’ll probably crack from the pressure. I suddenly wish I was back in year 10 so I can take my revision more seriously. Every year, the teachers say ‘Start your revision now! From the beginning!’. Every year, everyone ignores them. Every year, they regret it. If I could go back in time, I’d start making my notes. Of course, I can’t go back, and I wouldn’t anyway; I’ve already done so much. To make notes now for everything would take forever though so I’ll stick to my normal revision method: books and the internet.

Wish me luck for… about 4 months?

Miss backstabber hasn’t said a word to me other than ‘can I borrow your pen?’ And a very dull ‘thanks’. It’s hard to not think about her, how she hurt me and wondering if she’ll one day apologise or act like this never happened. I know, or at least believe that that’ll never happen and to be honest, it’s best that it doesn’t.
But I’m trying my best to forget about her by not speaking to her or acknowledging her for at least a month. After that, I’ll decide whether I want to be her friend or not.
In the meantime, I’ve downloaded a little ‘helper’ to help me cope with the pain of being let down and the anxiety to socialize because, let’s face it, I’m pretty much alone now except for a couple or friends. Backstabber is hanging out with the rest of my friends so it’s kind of awkward. Her and Mandy seem like besties now. I hate it when Mandy looks at me, now that I know what she thinks about me (I can’t even sit anywhere near her for the fear of being judged. She has this snobby look and it’s really horrible.

So recently I downloaded this app called SAM (self-help anxiety management) that was recommended by another WordPress user ages ago. I couldn’t download it at that time because I had a blackberry, but my sister gave me her old HTC so I’m using that now. 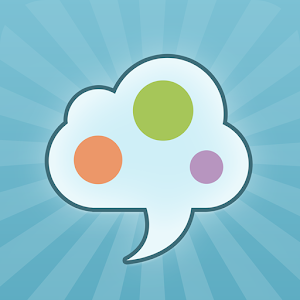 I’ve only had it for a day so I can’t say it made a profound difference to my life, but it does actually help. It helps me calm down if I feel stressed, anxious if upset and gives information and a means of managing your anxiety. I know SAM isn’t magic and it won’t transform me overnight or even in a month if I don’t make an effort. It’s me who has to make the difference; SAM is only helping me do that.

I love all of the activities especially the calm breathing one and this picture one but the best has to be the one where you type a thought and then explode it. You won’t believe how many times I typed in backstabber’s name (just once, I’m not that weird)

As I’ve mentioned earlier, I totally messed up my GCSE ensemble piece- it was a disgrace- and I was supposed to do it tomorrow but my music teacher moved it to today. I was a bit nervous but after exploding ‘piano failure’ I felt that I could do it. My teacher took a while before she was ready to record me, but this was good; it gave me enough time to get accustomed to the keys. I could play it well without making mistakes, I realised. It was only the fear that was holding me back. So I did some of the exercises/activities on SAM and practised some more before miss came back. As sure got the recording device ready and sat next to me on the stool, I felt my the tension rising. Hearing her say ‘This is Peanut playing her GCSE ensemble piece.’ I felt like sinking into the earth and nece coming out. Then I has to begin. It started off okay, but then I started to feel the pressure. I wasn’t even midway in the piece when my heart started pounded furiously in my chest. All I could feel was the impending doom coming my way. But then after a horrifying minute or so, I smashed the last keys on the piano, producing my final chord.

I would never have to play the beautiful yet wretched piece again… That is, until my music teacher increased the volume of the piano and said ‘now let’s do it again of full volume so we can hear the dynamics properly.
I begged her and begged her not to make me play it again. It was after school. I wanted to go home. I was still trembling from the last time but in the end I gave in. I still had the original so it couldn’t hurt to try again to aim for better marks.

The second time was better because I made an effort with the dynamics but I did make a tiny mistake that was hardly noticeable though I knew my teacher would notice. I played a note a little longer then a should have and I guess only people familiar with the piece would notice… And probably an examiner. Oh well. My heart had pounded the same way the first time, but in addition to that, my leg was shaking violently and I PRAYED that my teacher wouldn’t notice; it was SO embarrassing!

My teacher had to leave to continue with auditions for, what I thought to be, RnB band and I stayed in that room for a good ten minutes trying to get my leg to stop shaking. I did some more activities on SAM and felt better. Now I’m not shaking so much!

So in the end I wasn’t able to overcome my anxiety from playing that particular piece, but at least I was able to play it through without any major disasters… or crying. So that’s something!
Now it’s back to homework sweet homework so I’ve got to go and explode some more thoughts.

Yes, YouTube is malfunctioning. I had to upload this video four times but I guess fourth times the charm, right? (Did I get that saying right?)

Hope you like it anyways, it too me three days (okay fine, it took me two days (Friday afternoon, Saturday and two hours this morning). I think this post is long enough for me to write my signature catchphrase so,

It’s been I while since I last made a post (about a few days ago) because I was swamped with work and revision since school started. But now it’s Sunday so I can finally write something!

Not much has gone on since the last time except that my mood sometimes worsens and then I’m back to normal. I don’t want to go into details so I end this subject on this sentence.

In other news, I decided to start a mini project after spontaneously making up this catchy one verse song and they I started something else… Well anyway, it’s finally complete so I can go back to stupid revision and whatnot. The project is called ‘Malfunctioning’ and it’s kind of got this techno robot theme with themes of loneliness and neglect which never occurred to me when I made up the song in the first place.

It’s taken me about 3 days to complete using the following programs because I too poor to buy professional equipment ;):

Please, don’t ask me why I did this, it’s a hobby, really (I just answered the question) This will probably the last chance I have free time so… I think it was worth my time. Don’t laugh at the art, or the music, especially the vocals (because I sung them).

That’s all for now, it’s time to revise! (and do homework that’s due tomorrow