They sure are! I started school on Monday and I’ve actually been trying my best to live up to the promises I made for the new year. Like I said, I’m sick of being upset, socially awkward and shy and I want to just be happy and live my life the way I want. For Christmas, I got three notebooks from my sister, A4, A5 and A6 and with my now large collection of beautiful colourful notebooks, I’ve decided to use the A6 one (which I named the ‘Ferris’ because I’m weird enough to name notebooks…) to track my progress and to keep a little diary-like thingy. It doesn’t feel like a diary, because I don’t really go into that much detail about my emotions and stuff, only when necessary.

At the end of every day, I sit on my bed and get out the Ferris and write an entry called ‘Evaluation of Day’. I’ve given all my problems a number. 1=social anxiety, 2=health, 3=studying and 4=emotions and regrets. I write the numbers down and record all the important stuff I did today and give them points. I can tell you now, according to the Ferris, I’m doing quite well in the social anxiety section and the health section, because I’m setting new challenges for myself and I’m doing regular exercise (rather than none at all) and eating my five-a-day (I even ate a bloody fruit pot today! I normally hate fruit that aren’t apples or oranges, but I have to admit, it was kind of nice). On the other hand, on the studying section, I’m not doing so well. 6 points so far, from new years to now. Not very good, but I’m very lazy.

There’s also been another downside. I’ve been exercising as if I was back in primary school (I was very active back then), but my body isn’t used to exercise so now I’m half walking, half limping around everywhere. So, until next week, I’m only doing sit ups and maybe star jumps, if it doesn’t kill me…

But even with the limping, I think I’m heading towards a success. I was really worried about going back to school. I was worrying about ‘School Fever’ but I’ve been doing fine. My mood has been very stable over these last couple of days. Although I still find it a bit hard to look at Grace, things are close to being back to normal. It’s not so awkward between us anymore and I can tolerate sitting next to her in English. In fact, we still talk and laugh and have the whole class yell shut up at us every lesson, though I don’t feel any closer to her. It feels like the distance between us has increased a little. Although sometimes I do long for the days we were friends, it doesn’t actually bother me that much. I can sit on my own in the computer room with her and the other cackling away at each other and not feel any discomfort. I’m slowly getting over her. I don’t talk to her that much, and I don’t try to, though now I feel she talks to me more than I talk to her, she even complemented my hair even though it wasn’t anything special, and it makes me wonder… but I’m not going to over think this.

As for friends, I still feel a bit like a lone wolf, but Cinnamon is a great friend who’s always by my side and I don’t want to take advantage of that. Cinnamon is a little weird though, I’ve noticed. She seems to like it when people die in books… At the moment, she’s re-reading ‘Bec’, part of Darren Shan’s Demonata Saga. She told me she loved reading it because all the characters die, even the main character (a little confusing considering it was the fourth book out of ten books…) But she’s a nice and interesting person and I’m grateful to have her as my friend. Also, I very much appreciate weird people!

So… yeah, just a little update… I’ll end on this final note: I’m still working on my Challenge- I’m mixing it up with my evaluation thing and so far I’ve got about 23 points! But I’ve only really done basic stuff so from now on I’m going to challenge myself a little bit more. I have a mental list of the stuff I want to tick off such as calling people by their name which I am just unable to do. I always feel to shy to use someone’s name. I only want to do some sort of eye contact challenge, but I’ll save that for when I feel more confident. When I write my evaluation, I make a little list. Today, I managed to listen to music on the bus, something that absolutely scares me. I don’t know why, I guess I’m just worried that somehow other people can hear my music and make fun of me. But I was listening to Green Day anyway and no one can say anything bad about Green Day… I’m more worried about the songs I have that are in another language. Today I started listening to this Indonesian rock group called J-rock. Really confusing. I was expecting them to be Japanese, so I was a little confused when I didn’t hear any Japanese.

Okay! That’s enough for today! Thank you for spending a little time reading this post! 🙂 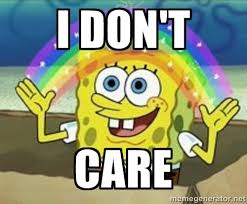 Hello! I am feeling energetic today! So energetic that I want to write a post! (Y’know, since I neglected my blog for so long)

As you’ve probably guessed, I’m actually happy for once and it’s weird. It feels like I haven’t been my cheerful self for ages and it was what Grace told me that made me realise this. I’ll get to what she said later.

Anyways, today was the second day of my English controlled conditions for GCSEs and blah blah blah. And before I started, I started randomly saying/singing ‘I’m s-s-s-sorry. I’m s-s-s-s-sorry.’ In a deep voice and I noticed a girl laughing. I was only after looking up to her oddly that I realised she was laughing at me and I got really embarrassed. This wasn’t the first time I felt embarrassed in an English lesson (and during a controlled conditions for that matter) and at that time I couldn’t actually help it. i had this sort of coughing fit and the whole class started laughing. I don’t really feel like going into that story. So anyways, as she laughed and said something to her friend beside her, I began to think up excuses that could justify singing/speaking and then I said to myself (in my mind, of course)

So then I continued with my essay, trying my best to believe that so that I wouldn’t destroy my good mood. Eventually I forgot. It worked! For once…

I had P,E, after that. It was a single period so we just played football for the whole time. Our P.E. groups are actually our English groups this year, since P.E. comes after English. I love football by the way (playing it, that is. Not watching it) though I’m no good at scoring. I think I’m great at defending though; I’m always good at defending in sports. I found myself being tackled by the same girl (she does GCSE P.E. so you can imagine how scared I was (no  really, to be honest, but still…). I kind of messed up at one point and kept kicking the wrong leg because she kept kicking the ball in the other direction and I must’ve done this weird jumpy thing because after I’d successfully kicked the ball away from the goal (and her) she burst out laughing and went to her friend who was the keeper in my team. I walked off, with my eye on the ball thinking:

The ball is going towards your goal so… jokes on you, mate.

And I continued with the game. I didn’t even feel the least bit embarrassed- I didn’t care! This was weird because I always care. When someone tells me that so-and-so doesn’t like me, I obsess over it and end up doing or saying something stupid.

And that leads me to the main point of this point.

After school, I was talking to Grace and then suddenly, this girl, let’s call her Mandy, walks up to Grace and totally interrupts us. Yeah, this pissed me off because she always interrupts us everyday and it really gets on my nerves. After she’d finished speaking to Mandy, I told Grace how Mandy was so annoying always interrupting our conversations and Grace looking to the side awkwardly and said.

And then she told me what Mandy, who I, didn’t think was nice in particular, but at least respected people, said about me. She told me how she hates me because I’m moody all the time, which isn’t actually true because:

She also told Grace how she shouldn’t be my friend and all I could think was:

‘That backstabber!’ I also said that out loud.

I wasn’t too shocked though, she usually ignores my existence even though I say hi to her and try to be friendly and talkative towards her especially since my whole depressed episode. Strangely enough, the thought escaped my mind and I forgot about her for a good hour or so (after school club) but as I walked home, I thought about what I should do about it. I had told Grace that I was going to talk to her about it but of course she asked me not to; Mandy had asked her not to tell me, but I seriously want to tell her that it isn’t okay to say things about people behind their backs especially if they don’t know their situation (and in my case, I was just crazy but it’s not like I could help it). That’s the worse thing, you know- hearing that someone said something behind your back. Although it’s rude, I appreciate people who say what they think to a person’s face. Saying something behind someone’s back is not only cruel but shows that their a coward who can’t even be truthful. How can you trust someone who does it? Even Grace thinks that Mandy talks about her behind her back. I’m sure she has because she loves to gossip, even about Grace and her private life.

I’m going a little off topic. So, I decided that I could do two things:

As I was about to just leave it alone, I decided to do something else. As a scientist, I decided to do an experiment. I would be as friendly as possible to Mandy, compliment her, try to have a nice conversation with her and try and join in with their conversations. Then I’ll ask Grace what she says about me.

I know this sounds like I care, but I actually don’t. I just want to try an experiment now that I have the chance. I guess this short story series I’m writing is influencing me (it has major science and psychology themes), but I might end up not doing it. I have exams and stuff so I can’t really be bothered. Maybe it’s the exams that are making everything seem so trivial. Yeah, that’s probably it.

I just feel so energetic and happy. Maybe it’s because earlier my baby bro fell on his side cause he laughed so much, I kept lying even after. Anyway (I keep saying that) I’m kind of hungry and I have homework to do so…